On safari in Fort Worth. 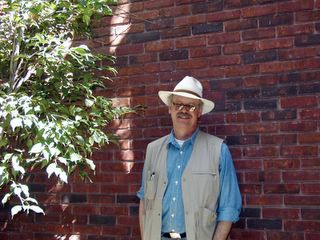 Just proof that I can indeed smile. Well, a little.

Karl Barth, the Swiss theologian, famously remarked that (paraphrasing here) "Christianity is not a religion; it is God's revelation to man. Everything else is religion; man's attempt to reach God." I have become convinced that theology is man's attempt to turn the revelation of God into a religion (or more accurately, religions).

Several years ago, I was shocked and troubled by a friend telling me about his Salvation Army father receiving communion in a liturgical, "small c catholic" church. The problem was that he wasn't baptized.

The Salvation Army doesn't teach or administer the Sacraments because when William Booth (a former Methodist minister) founded the Army, he wanted to avoid the very things that Christians fought and killed each other over. Although I rejected this approach (and still do, but only if it is a teaching AGAINST the Sacraments), I was intrigued.

Now, I have come to the belief that they were absolutely right. What they were/are against was the THEOLOGY of the Sacraments. That's where the bitter fighting and disagreements came from: theology. Man, with Satan's aid, took a Theophany witnessed and understood by fishermen, carpenters, soldiers, and tax collectors and turned it into a theology for doctors, lawyers, scribes, politicians, and professors.

A Tale of Two Texans

Forty years ago tomorrow, Lyndon Johnson took the presidential oath on the steps of the Capitol, and American -- and inaugural -- politics have not been the same since.

Before Johnson became president, the United States had not had a president from the South since Zachary Taylor died in office in the summer of 1850. In the 40 years since Johnson's landslide victory, southerners have been president for 24 years -- at least if we grant Poppy Bush's claim that he was really a Texan. By ending southern exceptionalism, by steering to passage the great laws that ended legal segregation and enabled southern blacks to vote, Johnson made it possible for southerners to run for president freed from the burden of defending a profoundly racist system. He made it possible for them to win.

The young Johnson entered politics as the most avid of New Dealers, and the New Deal, as historian Jordan Schwarz in particular has demonstrated, was in good measure directed at bringing living standards in the South up to those in the rest of the nation. By establishing a national minimum wage and public power systems to electrify vast rural areas, FDR intended to fast-forward the development of America's most underdeveloped quadrant. As a 26-year-old New Deal administrator who employed jobless young men to build roadside parks all across Texas, and then as a young congressman who sped the electrification of his state's Hill Country, Johnson developed a lifelong faith in the capacity of government to better people's lives.

That faith, as much as anything else, was the basis of Johnson's much-maligned War on Poverty. For all the attacks leveled then and since on Johnson's programs, the numbers tell a different, far happier tale. In 1959, 22 percent of Americans lived in poverty. By 1973 that figure had fallen to 11 percent, and it has never climbed back to anywhere near its pre-Great Society levels. Poverty among the elderly in particular fell from 35 percent in 1959 to 10 percent today -- numbers to remember as we consider dismantling Social Security.

Tomorrow a very different Texan will take the presidential oath. To be sure, George W. Bush has handled Iraq no better than Johnson handled Vietnam, but in domestic matters he is the anti-Johnson through and through. Bush's vision is to get people off the government's grid, not put more on. He calls this the "ownership society," and it would be a lovely vision if everyone could afford to buy into it.

The problem, of course, is what happens to those people who don't fare very well in the market economy when the government declines to provide much of a safety net. And for that we need look no farther than George W. Bush's Texas. After decades of conservative rule, Texas is a pretty fair prototype for Bush's ownership society. There are no income taxes. There are scarcely any unions. Benefits are low. Regulation is scarce. Markets are unfettered.

And the results fall somewhere between sobering and sickening. As the president proposes to "reform" Social Security, it's notable that the state he served as governor leads the nation in senior poverty, with 17.3 percent of the elderly living beneath the poverty line. Texas may be a state of biblical values, but "honor thy father and thy mother" seems to have fallen through the cracks.

Texas also leads the land by a wide margin in its percentage of medically uninsured. Fully 25.2 percent of Texans, in the latest government figures, go without health insurance. New Mexico, which ranks second, with 21.6 percent uninsured, has a way to go to catch Texas.

There are some historically specific reasons for these figures, of course. The entrenched poverty of the Rio Grande Valley is intense. But so is the entrenched poverty of Appalachia, and senior poverty even in West Virginia is just 8.4 percent. Texas is also home to a large immigrant population, much of it undocumented. But so is California, where the rate of residents with no medical coverage -- 18.3 percent -- is seven points lower than the rate in Texas.

The Texas difference is a political difference. In its resistance to taxes and services and unions, Texas has created an ownership society that excludes more Americans than any other state. And this is the model that Bush is commending to the nation as a whole.

From Wikipedia, the free encyclopedia.

An auger is a device for moving material or liquid by means of a rotating helical flighting. The material is moved along the axis of rotation. A drill bit uses this mechanism to remove shavings from a hole being drilled. For some uses the helical flighting is enclosed in a tube, for other uses the flighting is not encased.

An Archimedes screw is essentially an auger that lifts water from a lake or river.

Snowblowers use an auger to move snow towards an impeller where it is thrown into the discharge chute. Combines use both enclosed and non enclosed augers to move the unthreshed crop into the threshing mechanism and to move the grain into and out of the machine's hopper. A Zamboni uses an auger to remove loose ice particles of the ice surface.

A type of flexible auger is used by plumbers to remove obstructions from pipes. This is called a snake.

(ed: An auger is essentially a big screw.)

Christian Counterculture Newsletter
Posted by PM Summer at 8:56 AM No comments:

You sir, are know sinner.

I know a sinner when I see one.

I work with sinners closely, on a daily basis.

I get up close and personal with them. I get in their faces.

I get so close to them, in fact, that I even give one a shave every morning.
Posted by PM Summer at 3:25 PM No comments: 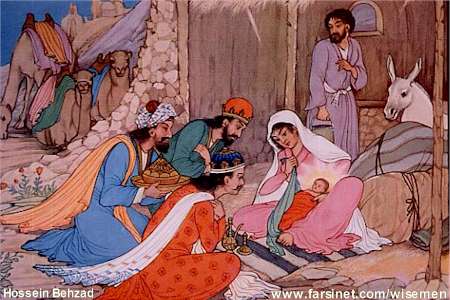 The Three Magi came to see the Christ, the new king, to worship and adore him. They brought him gold fit for a king, frankincense fit for a god, and myrrh fit for a funeral.

The old king, Herod, wanted to find the Christ as well... to kill him. He sent soldiers to kill the New King so that the old king could continue to rule.

In my life, I seek the Christ, I seek Jesus. I want to be like the Magi and bring precious gifts to suit him. But I am also Herod, seeking the New Man... not so much to kill as to enslave him, so that the old man may reign.

So we search for Jesus. We ask after him. But why do we want to find him? To worship and obey, or to enslave and kill?

Come, Lord Jesus, and save me from this body of death. 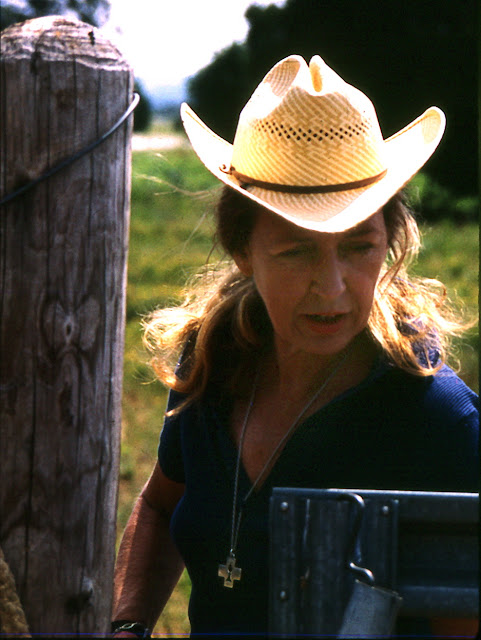 Just thought you might like to see a photo of where I come from (literally... on a couple of levels).

This is a shot of my mother, Freda June Taylor Summer, taken in about 1971. We had just finished putting the horses back into the pasture after she and my sister had been on a ride. This was shot on our small piece of land in Grayson County, Texas. Situated on a bluff above the Red River, our property was right on the historic Preston Trail.

Of all the remarkable folks who travelled down that trail into Texas (one of the earliest entries into Texas was the Red River ford at Coffee's Fort, just a couple of miles down the road), none were greater in my eyes than June Summer. A believer of the first order, she would be 85 later this month. She passed into Paradise in 1988. Thanks, Mom. Especially for the prayers.
Posted by PM Summer at 5:30 PM No comments: