Today's news that House Republican Leader Tom DeLay has been indicted by a Texas grand jury for alleged participation in a criminal conspiracy to violate state laws banning corporate political contributions has predictably been greeted with righteous glee among Democrats and lurid accusations of a conspiracy among Republicans -- or at least those Republicans who are not already distancing themselves from the powerful and vengeful ex-exterminator from Sugarland.

It's now obvious why Democrats and even some Republicans fought DeLay's failed effort earlier this year to change Republican caucus rules to delete a longstanding requirement that its leaders step aside temporarily if indicted for serious crimes.

But tempting as it is to dwell on the possibility that this self-appointed moral arbiter of the nation could soon be strolling the halls not of Congress but of a Texas correctional facility, we urge Democrats to keep focused on a much bigger issue: the systemic pattern of corruption, cronyism, influence-peddling, and partisan intimidation in Washington. DeLay is clearly a major ink-spot in that pattern; even if he evades imprisonment on the Texas charges, let's remember that the object of the fundraising effort in question was The Hammer's obsessive campaign to launch a re-redistricting of U.S. House seats to buttress his power in the Capitol. And that broader determination to ruthlessly hold and use power by the GOP is what has given us a vast array of ethical lapses and bad policies, from Jack Abramoff's enormous roulette wheel of shakedowns and wirepullings, to a long series of fiscally ruinous special-interest raids on the U.S. Treasury, and even down to the staffing of FEMA with Republican campaign operatives.

We've offered a whole package of reform measures to "drain the swamp" in Washington, including lobbying reform, redistricting reform, ethics laws with teeth, and a major rollback of corporate subsidies in the federal budget and tax code. Others should offer their own ideas, but the key thing right now is to make DeLay's "accountability moment" a reform moment for Democrats, and for the country.

Tom Delay says he is being persecuted like Christ was.

I attended a meeting of the Dallas Christian Democrats Network last night. I was invited by the brother of a friend, and committed to go in part because I had hoped to see my friend (it was his birthday), and I had a gift for him, a great latte mug with Congressman David Crockett’s parting shot to the Tennessee delegation: “You may all go to Hell, and I will go to Texas!” (This compares nicely with General Wm. Tecumseh Sherman’s quote from his Reconstruction/Occupation stay in : “If I owned Hell and , I’d rent out and live in Hell.” Not a few people believe the General got his wish.)

On the one hand, it could be someone like myself; a Born-Again, evangelical, full-Gospel, disciple of Jesus Christ who believes that Jesus didn’t just promise us Heaven, but that He also ushered in the Kingdom of God now. Sort of a KISS/PMS Christian (Keep It Simple Stupid meets the Plain Meaning of Scripture).

On the other hand, you might find some who feel that the Bible is a work of men open to interpretation, revision, and even avoidance at times. To them, Jesus was a man possessed by the Spirit of God in a special way, but perhaps more like an Old Testament prophet than the True Incarnation of the Living God. They are open to the idea of Jesus, Buddha, and Mohammed being of like stature, and may be open to the idea that there are many other “man-gods” and “woman-gods” who point the way toward the Mother-Father-Creator God.

We arrived at the painfully stereotypical (for Liberals) meeting place of la Madeleine, where the waitstaff all speak greetings to you in French, “Bon jour, ya’ll!” Clue Number One of what kind of Christian Democrats we were going to be dealing with.

Irony aside, my wife and I actually like this locally-based chain, and as we were perusing the menu, we got a pleasant surprise: our son-in-laws parents arrived for the meeting. They are politically and religiously liberal, and politics is the common ground we can always share (which makes them so much easier to deal with than some politically conservative but religiously liberal people we also know). It's always nice to go into a strange environment with people you know and love (even though you may not be in total agreement).

The meeting had about 38 people in attendance. The guest speaker was a very sharp Democratic Party activist and strategist. The attendees were from “liberal” churches for the most part, churches that are known for their openness to same-sex relations as a God-given manifestation of love. There were several Roman Catholics in attendance, including a former nun and a retired military/industrial complex engineer who was a graduate.

Following are a few quotes from the open conversations/discussions I heard:

“The ban on fornication was about idolatry, not sex.”

“We're not from witnessing churches.”

“We talk about our religion, but evangelicals talk about their faith.”

“We seek God, wherever we see it to be.”

Needless to say, Black Christians have an experience of God that is far closer to mine than to that of typical "liberal" Christians. Abortion and Gay marriage “rights” are not issues that these Biblically faithful Christians find endearing, and a political party that tries to place racial equality on the same footing with abortion rights and gay rights will soon find itself hemorrhaging black blood… much to the delight of the GOP.

But in closing, I must point out that not everyone in attendance was a "liberal" Christian. There was a definite range, that although left-leaning, was not totally off the edge. But I don't think there was anyone more to the conservative/orthodox Christian side than my wife and I. But there were plenty of other Christians there who confessed Jesus as their Lord and Savior. I do not fool myself about the log in my own eye.

For all have sinned (gay, straight, black, white, liberal, conservative) and fallen short of the Glory of God. The response to sin must always be love and promise, never hate and law.

Lying under oath is a serious crime to Republicans, right? 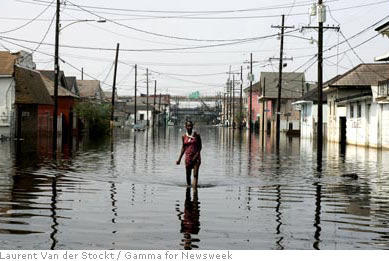 “Mr. Brown further suggested that I did not order an evacuation of New Orleans until Sunday, Aug. 28. In fact, the evacuation was ordered on the morning of Saturday, August 27. Within 48 hours, 1.3 million citizens – representing more than 90 percent of the region -- were safely evacuated in the state’s extraordinarily effective evacuation plan that included early use of contraflow on the interstate system.

“Such falsehoods and misleading statements, made under oath before Congress, are shocking. It clearly demonstrates the appalling degree to which Mr. Brown is either out of touch with the truth or reality.

“Today’s hearing only supports the need for a thorough, non-partisan investigation of this event.”

The best commentary on Katrina and New Orleans I have found.

Been waiting long, have you? I guess I really had nothing to tell you until now...

Just recently, I performed with gospel legend Shirley Caesar and other artists on Higher Ground: A Hurricane Relief Benefit, Live from Lincoln Center. I sent out a mass e-mail to notify people to tune in and I added the following message:

I was in a car hanging out with my good friend Sheila Anderson and she shared some things about the way authorities are responding in New Orleans; I became so infuriated, tears began streaming down my face. (I'm not normally that emotional.) I immediately went home and got on my knees to pray that I rid myself of hate.

At our rehearsal for the broadcast of HIGHER GROUND yesterday, the atmosphere was thick with love and rejoicing. After Diana Krall finished rehearsing "Basin Street Blues," she and her husband Elvis Costello came over to me and gave me big hugs and then Diana began to cry just at the thought of WHY we were there but also rejoicing BECAUSE we were there.

I warmly embraced drummer Herlin Riley (one of the many who lost their homes in N. O.; he had the same picturesque smile on his face that he's always had. Reacting to a befuddled look on MY face, he responded, "I lost EVERYTHING, but I haven't lost my spirit -- “ THAT CAN'T be broken..."

During the rehearsal of a piece ("Ain No") with Wynton Marsalis' septet and me, some Crescent City citizens who were able to make it out in time were on hand to "second line" all around the room. When we stopped, Aaron Neville exclaimed, "You can keep that going!"

I have acquaintances that are relatively non-religious implore me to pray at gatherings. Here is my bottom line: there's plenty of anger to go around -- most of it justified. However, I would like to encourage you to concentrate on whatever positive feelings you can muster so that you can offer prayers and supplications for those who are suffering. For me, I want to turn any of my own negative thoughts toward neglectful authority figures into prayers FOR them that they soften their hearts and do WHAT IS RIGHT.

-- Eric Reed is a jazz pianist from Philadelphia who lives and works in New York City. 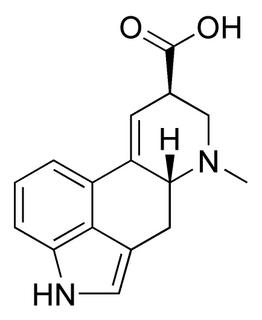 The matter is quite simple, and bears repeating.

The matter is quite simple. The Bible is very easy to understand. But we Christians are a bunch of scheming swindlers. We pretend to be unable to understand it because we know very well that the minute we understand we are obliged to act accordingly.

Take any words in the New Testament and forget everything except pledging yourself to act accordingly. My God, you will say, if I do that my whole life will be ruined. Herein lies the real place of Christian scholarship. Christian scholarship is the Church’s prodigious invention to defend itself against the Bible, to ensure that we can continue to be good Christians without the Bible coming too close.

Dreadful it is to fall into the hands of the living God. Yes, it is even dreadful to be alone with the New Testament.
- Soren Kierkegaard

Cheap grace is the deadly enemy of our Church. We are fighting today for costly grace. Cheap grace means grace as a doctrine, a principle, a system. It means forgiveness of sins proclaimed as a general truth, the love of God taught as the Christian "conception" of God.

Cheap grace means the justification of sin without the justification of the sinner. Grace alone does everything they say, and so everything can remain as it was before. "All for sin could not atone." Well, then, let the Christian live like the rest of the world, let him model himself on the world’s standards in every sphere of life, and not presumptuously aspire to live a different life under grace from his old life under sin.