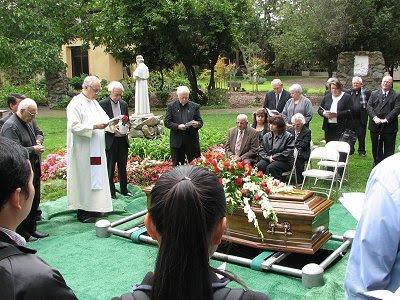 "When I pray, coincidences happen, and when I don't, they don't."

AlphaDFW held a mini Alpha Conference last Saturday in Bedford. For a change, I got to attend and not work. I got to be ministered to, as opposed to ministering. I got to be the wounded one, the thirsty one, the naked one.

During ministry, I went up for prayer about the burden I place on myself, the burden of shouldering orthodoxy instead of the Cross. The fight for His Way to be exactly my way, as opposed to my way being exactly His Way. I'm not happy with the lack of purpose of my home church. I prayed for the frustrations to be lifted so that I might serve and follow Jesus better. Some tears, some sighs too deep for knowing. Nothing obvious to a mule.

The following morning in Sunday School (we're reading The Shack), I sat in my folding chair with my Bible open on my lap. Sinfully, pridefully, I was trying to look pious and studious, so I flipped my Bible open randomly to the New Testament.

Darn. There it was. Again.

The Gospel according to Luke, chapter 9, verses 57 through 62. Underlined and highlighted, climaxing at verse 60. "Jesus said, 'Let the dead bury their own dead; but as for you, go and proclaim the kingdom God.' " Beside this was written in the margins (in my hand) "Leaving ECUSA".

This was the defining passage to me when I decided to walk away from the Episcopal Church, the only manifestation of the Church I had known. The church into which I had been Christened, confirmed, married, Baptized from above, marriage annulled, re-married, called and rejected. There it was. I paused, chuckled, and moved on to my normal pontifications.

Monday morning brought Morning Prayer in the usual darkness (prayer in darkness is a good thing and highly recommended). The Daily Office (duty), prayed with millions the world over, an overlapping, continuous circle of prayer. Confession, Creed, three Scripture readings and the Psaltery, Intercessions. It's all there, the Christian life in orthodoxy distilled. Praised, confessed, read. First the day's Psalm, then the Old Testament lesson. Then the Epistle reading. And the then the Gospel lesson.

Darn. There it was. Again.

The Cost of Following Jesus

57 As they were walking along the road, a man said to him, I will follow you wherever you go.

58 Jesus replied, Foxes have holes and birds of the air have nests, but the Son of Man has nowhere to lay his head.

59 He said to another man, Follow me. But the man replied, Lord, first let me go and bury my father.

60 Jesus said to him, Let the dead bury their own dead, but you go and proclaim the kingdom of God.

61 Still another said, I will follow you, Lord; but first let me go back and say good-bye to my family.

62 Jesus replied, No-one who puts his hand to the plough and looks back is fit for service in the kingdom of God.


Don't look back. Let the dead bury their own dead. Germans, too.